Milton Murray learnt to fly at Parkes airport which was affiliated with the Royal Newcastle Aero Club. 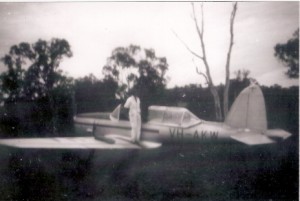 Pilot Milton Murray in 1955 with his 'Chipmunk' aeroplane in a paddock near the creek on the family propertyMilton and Ella Murray (nee Warne) flew to Tamworth to announce their engagement. Ella's father, Mr Richard Warne is photographed at Tamworth airport. 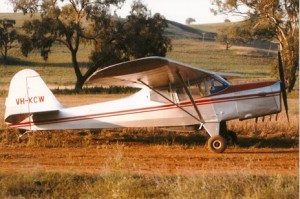 Plane sitting on the dirt airstrip on the property in 1980Crop dusting being undertaken by Hazelton's Air Services on 'Penard', the property owned by the Murray family in 1978