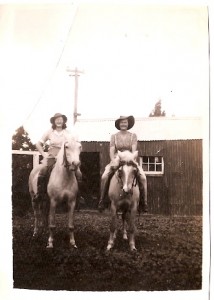 Marj and daphne Windus on horseback 1944. The girls were known by their creamy ponies.

Daphne Bollinger (nee Windus) was born at Sister Brown’s hospital in 1930. She and her sister Marj drove sheep to Manildra rail yards from the family property, ‘Boxleigh’ Gumble every now and then, a distance of 8 miles. The trip took a few hours.  100 sheep would be a train/truck load. The agent, Bill Ashcroft operated out of Manildra House and the sheep would be sold at the Orange saleyard the next day. 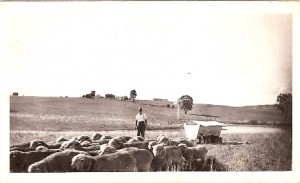 Daphne’s son David Bollinger started driving for Hayes transport in the 1980s and drove for 7 years. He drove their first B-Double transporting lambs from Forbes to Ipswich for a morning kill. The truck took 560 sheep – quite a contrast! 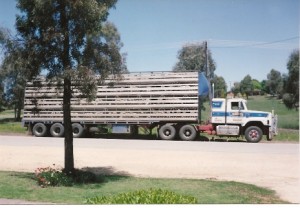