Beryl Leitch was interviewed by Jasmine Vidler at Manildra Library during Manildra Memories Day on 25 May 2007 about the Baptist Church for Manildra and Molong. 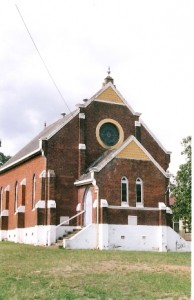 The Memorial Stone was laid in 1909 – this was a memorial plaque for young people. It was laid by Manildra resident George W Griffiths, at that time the Vice-President of the Baptist Union. Griffiths would go onto become President (1909-1910) and according to the Baptist Recorder was the first country layman to serve in that position. 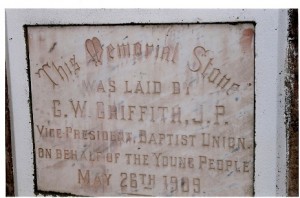 These photos were taken by Beryl Leitch in November 2004 because they were going to demolish the church as the Lions Club had bought the land. 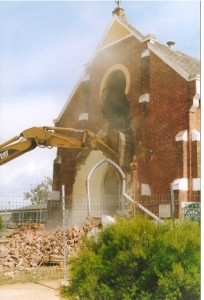 A giant nest was found inside the roof cavity. Beryl recalls that about a dozen people watched the demolition. 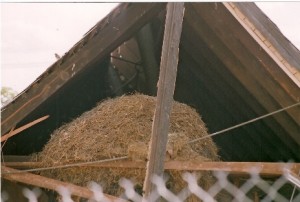 Beryl said ‘my daughter held the last wedding there in November 1991’ (Deanna Mackay and her husband David reside in Manildra).  The previous wedding was for Kim Jones held 15 years earlier. According to Beryl the last funeral held there was for Don Sutton in March 2002.